President Putin responded with a series of major escalations, including a troop mobilization of 300,000, threats to use tactical nuclear weapons and outright war with NATO. Putin also called for elections to annex four regions in Ukraine under Russian control in what the Ukraine and others called a sham.

Further inflaming an already tense situation, the two Nord Stream gas pipelines to Europe were both rendered inoperable in September from suspected acts of sabotage. The economic fallout will be attenuated by the fact that gas exports to the EU from Russia since the start of the war have already dropped dramatically, from 40% to 9%.

Still, the continent sits on a razor’s edge as European Community (“EC”) countries must manage through the upcoming winter with gas supplies extremely tight. To add to the gloom, the Financial Times reported the European Centre for Medium-Range Weather Forecasts (“ECMWF”) said early indications for November and December called for colder weather and less wind and rain, negatively impacting hydro and wind power generation on the continent.

Monetary Policy and the Federal Reserve: The Federal Reserve continued its monetary tightening policy in September, raising the Fed Funds rate by 75 basis points. In the accompanying FOMC statement the Fed indicated it would continue to raise rates until reaching a terminal rate of 4.6%. Rates have risen a total of 300 basis points in 2022, the most rapid tightening in monetary policy since 1990 when the Fed first started to employ Fed Funds as its principal policymaking tool.

Turning to the economy, the picture continues to be muddy, which is often the case when the economy downshifts. While housing and construction are clearly in pronounced downturns, other sectors are only experiencing modest slowdowns. The Atlanta Federal Reserve’s GDPNow estimate of real economic growth in the third quarter ticked up to 2.7%. Taken together with the Cleveland Fed’s Inflation Nowcasting forecast of a 5.12% year over year change in the CPE (essentially unchanged from September) argues against a near-term pivot by the Federal Open Market Committee (“FOMC”).

Stock Market: The stock market suffered a significant loss in September, declining -9.34%, the worst monthly performance since March 2020. The quarter and year to date numbers were equally dismal with the index down -5.28% and -24.77% respectively, the third worst nine-month calendar performance since 1931. The severe drop in September was primarily driven by two investor concerns: a) the Fed was tightening so rapidly that something in the system might “break”; and b) earnings projections were far too high given the ongoing economic slowdown and operating margin pressures brought on by higher prices.

Investors are now bracing for October earnings reports which should shape expectations, at least in the short-term. According to Refinitiv, the S&P 500 Index’s price earnings ratio based on forward consensus 12-month earnings is a historically average ~16x. Bearish Wall Street strategists’ top-down earnings estimates however, differ dramatically from their own analysts’ bottoms-up projections, mindful that such projections have perennially proven overly optimistic. 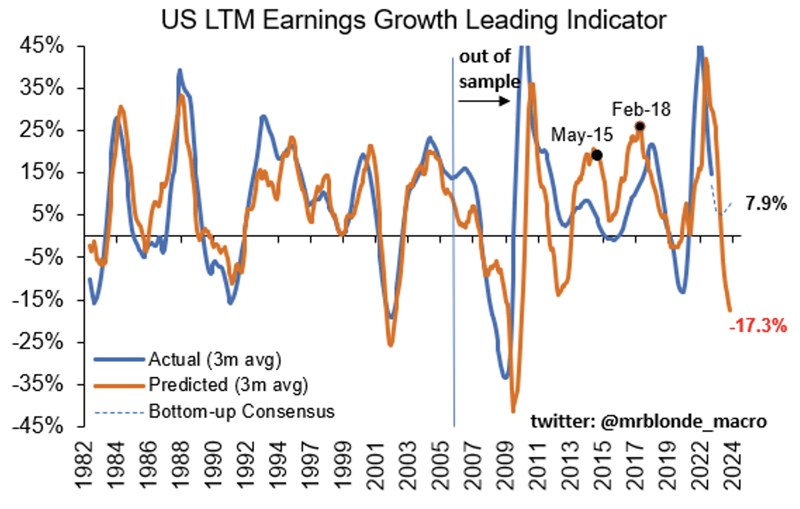 On the plus side, seasonality in a mid-term election year turns strongly positive in October, as seen in the chart below. 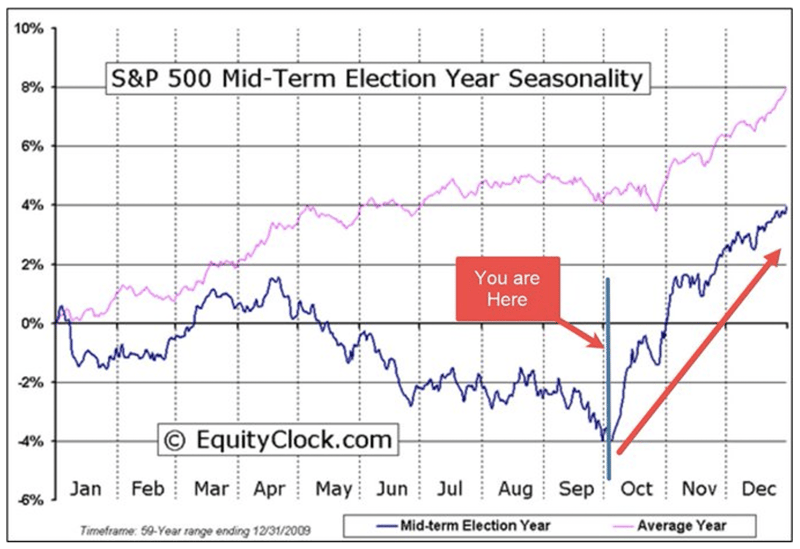 Another positive sign for equities, historically speaking, is their performance subsequent to suffering a decline of -15% or more in any one quarter. 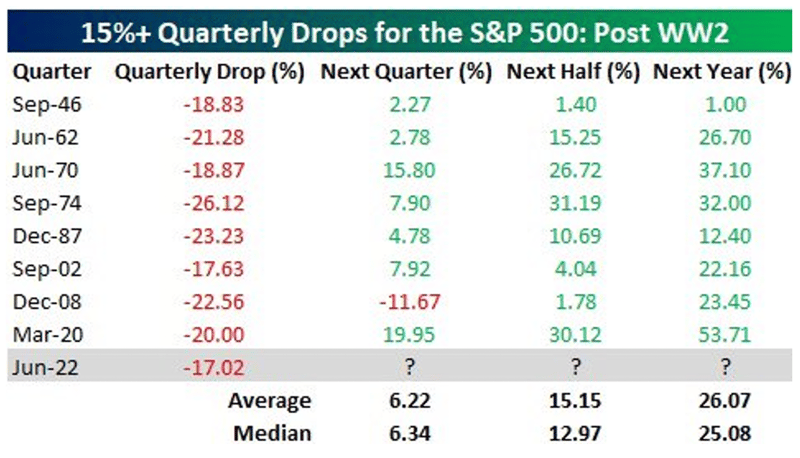 Bond Market: The bond market suffered another difficult month with the aggregate bond index down -4.75%. For the year, performance has been a disaster, with the U.S. Aggregate Bond index -14.61%, U.S. Corporate Investment Grade losing -18.72% and U.S. Treasuries -13.09% with longer-term variants faring even worse.

Adding to the bond market woes in September were stronger than expected economic reports, particularly around labor. Unemployment claims have been trending down since July and the final claims figure reported in September of 193,000 represented the lowest claims number in five months. Given the labor market is the Fed’s core concern in bringing down inflation, it is little wonder this report unsettled markets, particularly relative to expectations. 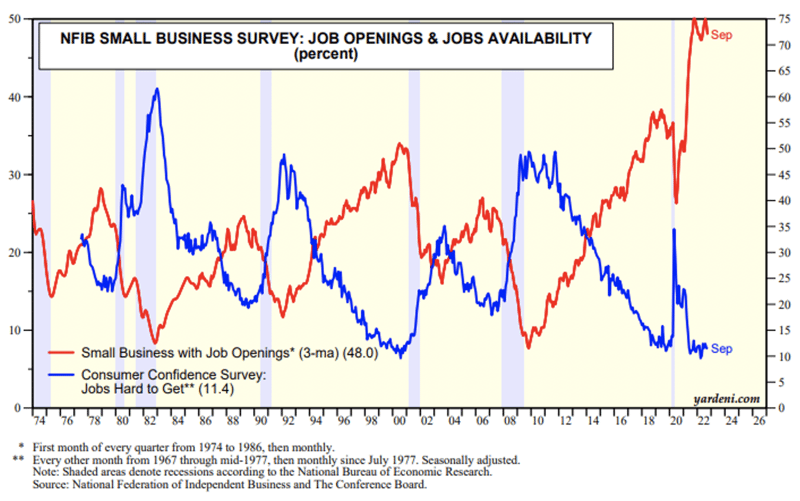 And the damage is not limited to the fixed income sector. Billions of dollars are invested in 60/40 and related portfolio strategies based on bonds’ historic role as a diversifier to equity risk. This year is the first in decades where both asset classes have been strongly correlated to the downside resulting in a decline of -19.3%, the 60/40 strategy’s worst performance since 1931.

Managed Income Strategy: The Managed Income Strategy remained in a Risk-Off posture throughout the month of September as bond markets continued their slide after a brief rally in early summer. High Yield bond yields have risen to their highest level (9.50% on September 30th) since April 2020, which may provide for opportunities moving forward if we see some price stabilization. Credit fundamentals in the space remain remarkably strong, with revenue and EBITDA in sub investment grade corporate credit markets growing by double digits on both a quarter over quarter and year over year basis.

Dynamic Growth Strategy: As noted above, equity markets also deteriorated in September, and the Dynamic Growth Strategy shifted defensively to a Risk-Off posture mid-month in response to declining market levels. Despite this most recent Risk-On trade being our longest duration trade this year, having entered the market in early July, it followed a similar pattern to our previous Risk-On trades with an initial advance before markets turned over, erasing initial gains. We enter the 4th quarter with a cautious view, but will continue to seek opportunities for profits as we approach year-end.

Active Advantage Strategy: In August, the Active Advantage Strategy began rotating more defensively as both equity and fixed income markets rolled over. As the decline continued, Active Advantage moved to a fully Risk-Off posture, exiting both equities and fixed income entirely, where it remained at month-end. With stock-bond correlations historically high there have been few opportunities to position the portfolio opportunistically, as much of this year has seen the strategy on the sidelines avoiding the downturn across both asset classes.